Didn't we make a splash?

It was an emotional morning for veteran swimmers Trevor Seaborn and Les Stewart as they took the lead in officially launching the Hotel Rottnest Port to Pub swim on Friday 13 November.

Trevor and Les were two of only seven swimmers who crossed the channel almost 60 years to the day of the inaugural Hotel Rottnest Port to Pub swim on 19 March 2016. Next year, they will take on another significant role with Trevor starting the gun to watch his mate, 80-year old Les, re-enact a personal achievement, swimming in a new team category of six, making him the oldest person to swim the Channel crossing.

Mrs Ceinwen Roberts from the Port to Pub committee, said the contribution made by Trevor and Les to the open water swimming community is immeasurable, and it is only apt for them to play a significant role in what is to be the most authentic tribute to the original swim.

“The Port to Pub swim honours the original Channel crossing and its original route of 20 kilometres, while also introducing an extended 25 kilometre event, which is likely to attract swimmers and swimming opportunities on the national and international circuit,” Mrs Roberts said.

“The race is all about giving more people more access to this iconic swim and meeting the increasing demand for open water swimming and ultra challenging sporting events in WA.”

The official launch day commenced in the early hours of the morning, as freshly baked Rottnest Bakery pies were delivered to Perth’s radio announcers.

At 10am, Trevor and Les joined event organisers at Leighton Beach, together with sponsors and swimming greats including seven time world open water swim champion, Shelley Taylor, the oldest woman to swim the English Channel, Sue Oldham (Sue has swum the English Channel twice and will attempt it again in 2017 at age 72) and the legendary Peter Tanham, who holds record for most Rottnest Channel swims, having completed 30 crossings. 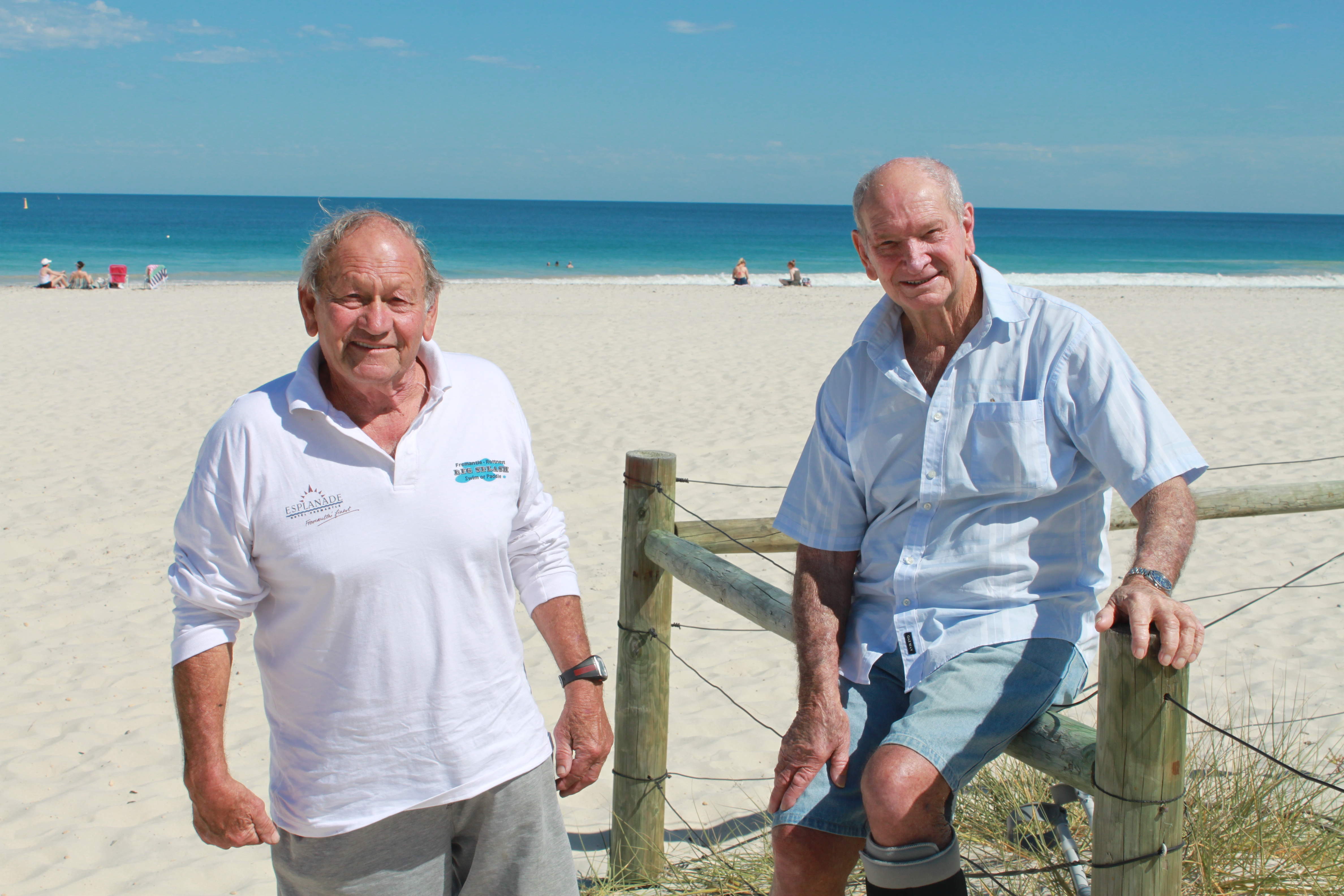