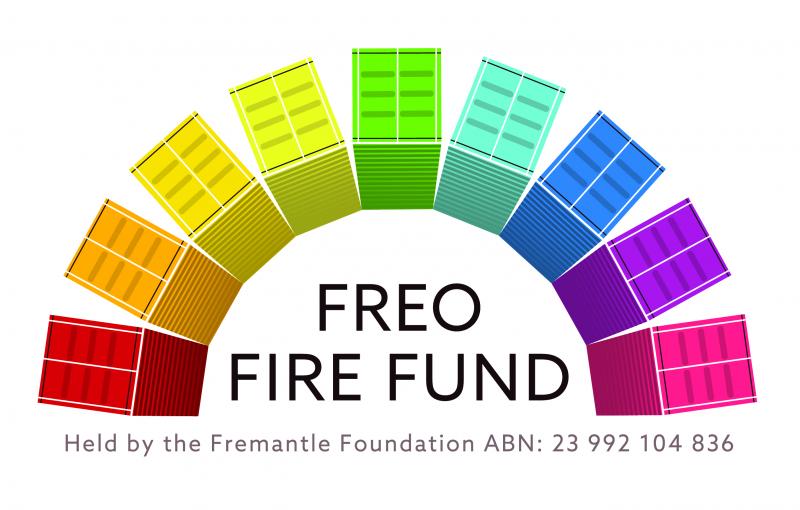 Swimmers and paddlers, you’ll love visiting the team from the Freo Fire Fund in the swimmer recovery are this year. They’ll have hot drinks and delicious cakes and biscuits waiting for you after your long swim across the Channel.

The Freo Fire Fund was set up in the aftermath of the devastating Australian bushfires by a group of Fremantle community members who came together to collaborate, share skills and resources and raise money to help fire-affected communities.

The Freo Fire Fund is held by Port to Pub’s 2020 charity partner, Fremantle Foundation, and funds raised are distributed to not-for-profit organisations which have been identified as doing one or more in the following focus areas:

· Care for wildlife affected by bushfire

A list of organisations that may relieve funds is available on the website and registered activities can nominate a specific focus area/s they wish to donate to.

As the bush fire relief effort evolves and new information comes to light about the work done by organisations to support fire affected communities it will be updated in response to community needs.

To date over $30,000 has been raised by community led fundraising effort. Grants to date and the first round of grants has been distributed as follows:

Community Foundation for the Tumut Region - $9,000

The Community Foundation for the Tumut Region is coordinating a donation appeal for victims directly affected by fires, which have claimed more than 180 homes and tore through more than 300,000 hectares.

“There was strong support for Fremantle to give from one community to another community. The Tumut region, inland and south of Sydney have been severely affected. Our support will boost their capacity, so that they can help support as many local people as possible, in a trusted way, from one friend to another”.

The Victorian Bushfire Appeal of Wildlife Victoria will be distributed to wildlife shelters to help rebuild enclosures and equipment that they have lost in the fires so that they can continue their lifesaving work, and support those that are struggling to cope with the enormous number of animals that will need care in the coming weeks and months.

“It’s now estimated that a billion animals have been lost in these fires. A staggering number. We’d like to support Wildlife Victoria to rescue and care for as many animals as possible.”

There have been big fires in the Stirling Ranges (including Noongar country) and in the Great Western Woodlands (including Ngadju country) in significant biodiversity hotspots. Gondwana Link can receive funds and direct them to where they are needed locally as efforts are identified after the fires clear. These include supporting Noongar and Ngadju rangers to be involved in post-fire monitoring and cultural burning.

“Unfortunately, we have seen massive destruction of globally important Country here in WA. It’s important that we support efforts to manage and care for WA’s ecosystem effectively. We know this is important to the Fremantle community.”

As a WA initiative, Gondwana Link will continue to receive funds in ongoing fund distributions.

The Rural Fire Brigades are often more than just an emergency service. They also play a vital role during these disasters.

“It’s hard to comprehend the magnitude of the Firefighter's efforts. They need all the help they can get. We’d love to support and thank them all the way from Freo.”

With further events and activities still to come, the amounts raised will continue to increase and further grant rounds will be made on a rolling basis.

The response needed to this disaster is changing every week and the priorities of the Freo Fire Fund is to support organisations which do one or more of the following:

· Providing assistance to people who have been displaced or impacted by bushfire;

· Care for wildlife affected by bushfire;

· Help people who have lost homes and property in the fires to rebuild their lives;

· Support to Volunteer Fire Brigades in affected areas; and

· Work to reduce fire risk in fire-prone areas or prevent or deal with bushfires.