Well-known western suburbs real estate agency, Jamie Loh Real Estate, is a proud sponsor of the Port to Pub swim this year. Jamie Loh – who is still the firm’s principal – started the firm in 1992. It was the first agency to be based in Cottesloe and is still there today. Jamie started out life as an investment banker, going on to acquire Kempton Morill Real Estate before starting his own agency.

His son Tom has followed in his father’s footsteps in more ways than one. Tom’s career until recently had been in finance and capital markets, working in the corporate finance teams of Blackswan Equities and then Euroz. In 2015, he embarked on a career change, becoming a partner/director of Jamie Loh Real Estate. Tom has been around the real estate business all his life. That, along with his background in finance, marketing, transactions and sales, has given him the ideal skills set to become a partner at Jamie Loh Real Estate.

Over the years, Jamie Loh Real Estate has focused primarily on Cottesloe and the broader Western Suburbs area. The business is also well known for executive leasing and management with a number of residential and commercial properties under management throughout the Western Suburbs. 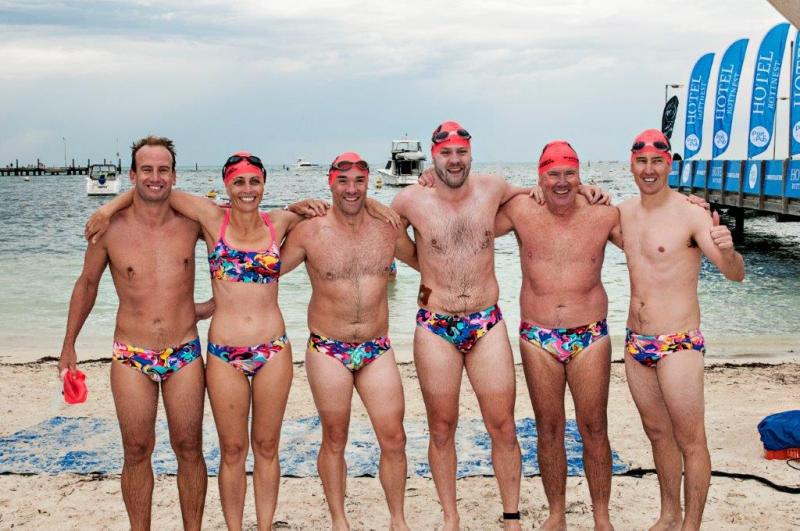 Born and bred in Cottesloe, Tom’s a keen and passionate open water swimmer. He’s signed up to swim in the Port to Pub again this year in a team of six. His team – Wallabies and a frog – includes Jack Newall, David Craig, Matthew Craig, Roddy Hamersley and Julian Tresize.

Tom’s first channel crossing was in 1995 and he’s swum in the Rottnest Channel swim almost every year since, completing a solo swim in 2005. He trains (irregularly) with Peter Tanham at HBF Stadium and Kirby Swim and is in the water at every opportunity, finding time to train between looking after the business and his young family.

Come and see Tom at the Port to Pub briefing and the swim – he’d be more than happy to chat to you about market trends, the current outlook or about buying, selling or leasing your property.

Pic 2: Tom Loh (far left) and his team at the 2016 Port to Pub (Credit: Freestyle Photography)