The Channel 7 Port to Pub with Hotel Rottnest swim pays tribute to the first ever crossings of the Rottnest Channel. Port to Pub's inaugural year - 2016 - marked the 60th anniversary of those crossings.

The Port to Pub swim

The Port to Pub swim was borne out of a desire to create a brand new long distance swimming event in Western Australia. The founding directors of the Port to Pub swim are Ceinwen Roberts (President), Jane Munday and Andrew Roberts. Event industry veteran Chris Letts joined the team in 2016.

Our vision is to create a world class swimming event that suppports elite athletes and every day swimmers in their ambition to cross the Rottnest Channel between Perth and iconic Western Australian landmark, Rottnest Island.

Together, we continue to build the event and remain dedicated to creating an open water swimming event that it thoroughly enjoyed by swimmers, skippers, paddlers and crew from start to finish.

As with all small teams, we rely on a group of fantastic advisors, sponsor, stakeholders, volunteers, friends, and our wonderful families who provide endless support and encouragement. 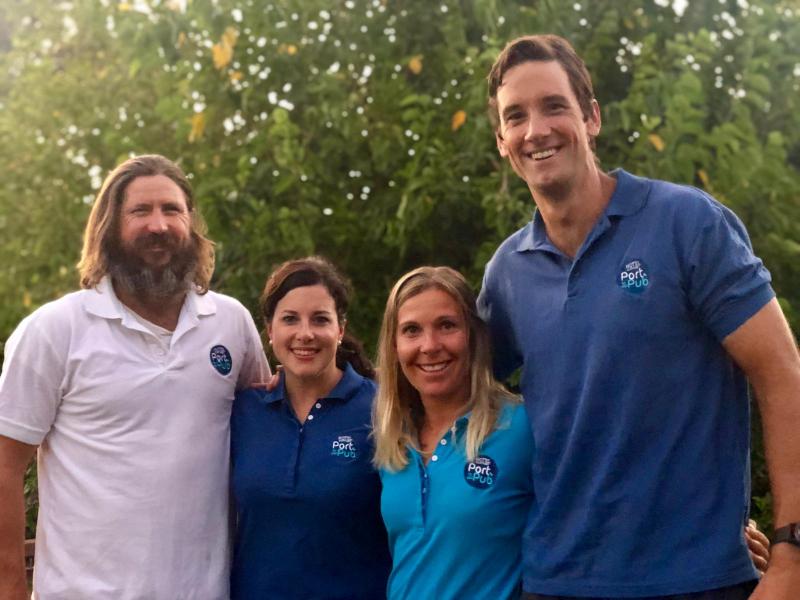 History of the Rottnest Channel Crossing

Well known launch, Hiawatha, accompanied this swim, filled with leading members of the media and the Western Australian Amateur Swimming Association (WAASA). Von Dincklage-Schulenburg completed the 12 mile swim in 9 hours 45 minutes and was greeted by 200 people who gathered at the Natural Jetty to watch him finish.

The swim inspired the now defunct Weekend Mail newspaper to organise a race across the Channel – a chance for swimmers to qualify and better von Dincklage-Schulenburg’s time. The newspaper, on the advice of WAASA, held an elimination race one week before the swim. The results were to decide who would be selected. An 11 mile river swim from Fremantle to Perth (Bicton Jetty to Langley Park) was chosen for the elimination event. Of the 30 swimmers nominated, 22 started, and 9 swimmers finished. These included 18 year old Trevor Seaborn, Tony Rigoll, Mel Andrew, Harry Lapelaars, Neil Earl, George Winning, Les Stewart, Howard Bowra and Toby Regan.

After Howard Bowra and George Winning withdrew, on Sunday 25 March, 1956, the seven remaining men dived off Bill Lucas' launch, Corsair, which hove to alongside the end of the North Mole, bound for Rottnest Island. Each swimmer was followed by an auxiliary launch with a crew of four.

Only four of the swimmers successfully reached Rottnest Island. Trevor Seaborn was the first to Rottnest Jetty in the time of 7 hours 36 minutes 26 seconds, a mile and a half ahead of the field, and the only swimmer to complete the intended course. The remaining swimmers battled against a severe northerly drift and were led to Bickley Bay more than a mile to the south. Neil Earl finished in second place, Les Stewart third, with Toby Regan, who was almost 51 years old, just four seconds behind in fourth place.

Harry Lapelaars, Tony Rigoll and Mel Andrew all withdrew during the race.

The event was a resounding success and Weekend Mail agreed to sponsor a second event the following year. WAASA said it would not be involved in another swim to Rottnest because it was considered too dangerous. The swim was transferred to the river, the same course as the previous swim.

No further attempts were made to swim the Channel until 1969. In that year, on the 13 April, it was 23-year old Lesley Meaney (nee Cherriman) who successfully completed the swim, making her the first woman to swim across the Rottnest Channel. Lesley, recruited by the Education Department as a specialist Art Teacher, had only recently arrived from the Isle of Wight in the UK before she made her crossing. Waiting for the strong easterly to ease, she didn’t leave until mid-morning at approximately 11am, arriving at North Mole in the evening to the delight of the crowds that had assembled to see her come in. Lesley’s experience, along with interviews with the first 100 soloists, led her to write the book “Why swim to Rottnest when you can catch the ferry?”

Lesley is a successful artist and is still swimming in local open-water and surf events. 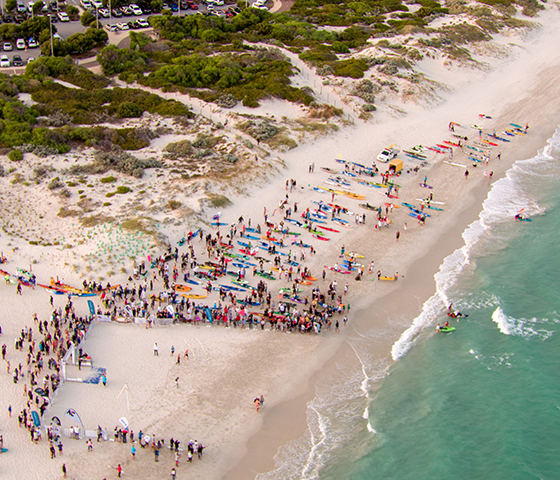